I’m trying to write some templates for MVC 2 and one of the most useful things I’ve found is being able to step into the source code and see how it is actually interpreting what you’ve written.

It’s easy enough to acquire the source, but what you might not have done before is set up a symbol server. A symbol server is a location that the Windows and Visual Studio debugging tools can use to obtain pdb files, so that you can debug almost anything, including drivers and the operating system! 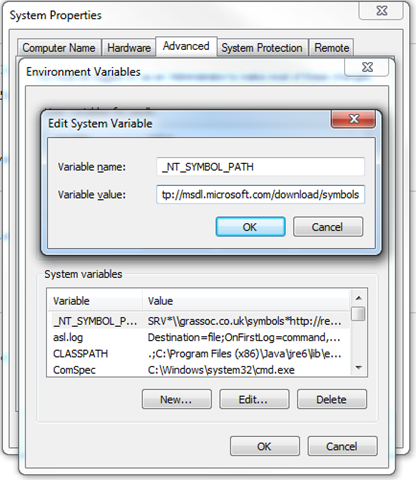 One other interesting angle on this is Symbol Source who are providing symbol/source service for a bunch of open source projects including NHibernate, Castle and MVC Contrib

About Paul Hatcher
Software engineer with over 35 years experience, professionally I work on cloud-based architectures, scalability and DevOps. Privately I like writing code (I write it professionally as well if they let me!).

The opinions expressed herein are my own personal opinions and do not represent my employer’s view in any way.